5 clichés on interpreters and translators

From the idea of the walking dictionary to the more exotic image of the Russian beauty speaking 10 languages (we’re talking clichés, aren’t we?), myths and urban legends revealed on two professional jobs often ignored and underestimated. And I’m deeply involved.

This semi-serious dissertation, in 5 points, it’s not intended to my colleagues or translation professionals, more than used to the stories and examples listed below. It is dedicated, instead, to all those who, looking for a professional interpreter or translator, think of being absolutely aware what such a professional is supposed to do but, most of the time, are way off base.

I still remember my first day at the university when, from the stage of the lecture hall, the principal recommended the must have tools for any aspiring interpreter or translator. Among the inevitable dictionaries and grammars, the words computer, foreign newspapers and magazines, satellite TV aroused my curiosity. I was going on guessing if, in my clueless freshman state, I was in the wrong place. It was the end of the 90s and the idea of a student apartment featuring highly technological device as a satellite TV was not so popular, unless we were rich other than student! You will probably argue what this story has in common with the role of the professional interpreter or translator and its identikit. Everything was clear to me at the end of that presentation: I had arrived at the “living languages” department and it was the place I wanted to be.

1. Being bilingual doesn’t make you an interpreting or translation professional

We could simply say that a dictionary doesn’t make you an interpreter or a translator just as a cookbook doesn’t make you a chef. At this point you could argue that your secretary is fluent in several languages or that you, because of your job, spend 90% of your time abroad. The mistake is believing that the speaking competence in a foreign language corresponds to being at ease with its written version too. Have you ever tried to write some sentence in that language? Let’s give it a try and ask your foreign partner a feedback… you could be unpleasantly surprised. For the same reason, professional interpreters and translators mainly translate into their mother tongue, the only one they master not only grammar and lexicon, but also the situational and cultural context.

2. Interpreters and translators do not (simply) study languages.

I have personally been asked this “embarrassing” question since I can remember and every single time I have answered back with the same embarrassed smile. Useless to retort that even a university degree in interpreting and translation exists, the explanation doesn’t produce any long-lasting educational effect. For those still ignoring it, interpreters and translators have two dedicated university careers during which, other than grammar, lexicon and country targeted culture, you can study in depth techniques and practices of conference interpreting and translation, jargons and technical terminology, very often law, finance and medicine as well, just to name a few “other” disciplines. In brief, nothing to do with a summer course at Oxford.

3. Interpreters and translators cannot translate anything.

Let’s say it with an open heart: interpreters and translators are not walking dictionaries (or Wikipedia). Furthermore a plasma TV operating manual and a quantum physics treatise are not the same, especially if you want them translated. Those documents are, indeed, very technical texts, different in register and terminology and belonging to separate fields of expertise that require specific knowledge. This is the reason why interpreters and translators, other than their working languages, also speak of specializations, very specific topics requiring a constant study and a continuous updating effort. No professional interpreter or translator, unless he/she is specialized in both technical manuals or quantum physics, will be then able to accept this translation job. A tip for you: always check that interpreters or translators are at ease with the subject they translate, unless you want the so-called professional to learn “at your expense”. To this end, here you are a brief and very detailed guide about the characteristics you want to find in an ideal professional: Translation: Getting It Right – A guide to buying translation by Chris Durban, former ATA (American Translators Association) Public Relations Committee member.

4. “Simultaneous translation” does not exist.

This combination (synonym for the non-experts to “simultaneous interpreting”) has always made me laugh, because it remembered me of the heebie-jeebies of my university mates, and future translators, during the liaison interpreting lesson. They were literally panic stricken, as they just have a few seconds to rephrase a sentence in another language, without the help of any dictionary or tool to find the better term or construction. “Simultaneous translation” is a nonsense as translation itself cannot be simultaneous. This is the main difference between interpreters and translators. Translation is, indeed, the transposition into another language of a written text, while interpreting happens simultaneously or a few moments after the oral speech to be translated, using the taking notes technique (that is not shorthand!) or audio devices like headphones and microphones. Translation requires some more time for terminology search, creation of specific glossaries and to make the translated text sound as it was written in the target language. Interpreting, instead, is characterized by immediacy and simultaneity, but it demands as well terminology search (for obvious reasons, carried before “translating”), quality and precision of the translated message.

Everyone, once in our life, has translated a text or a part of it with Google translate. The result is sometimes adequate, surreal or, most of the time, controversial. Nevertheless many companies make use of this or other automatic translation tools in their low-costs policy of internationalization. An automatic translator is indeed able to literally translate, often without a real standard, words, sentences or even full texts, but it cannot detect intentions, puns or cultural references as only a human professional translator could do. If you’re not convinced yet, try the efficacy of one of this tools and seriously ask yourself if you would present the result to one of your clients. Do you need more proofs? Here you are some example of bad translations. Enjoy!

Did I forget some clichés? Obviously I did… that’s why I’m waiting for your comments to extend this list.

Interpreters and translators with a happy ending 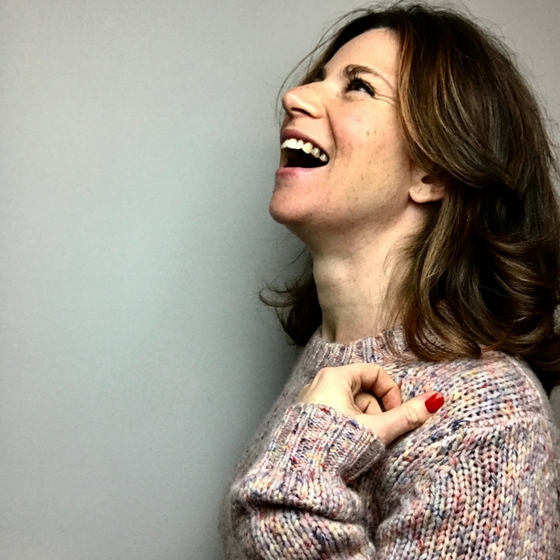 Translator borrowed to the world of wine. WSET and ONAV are my “teachers” of vine. Assosommelier representative, Social Media Manager and explorer of food & wine paradises.